This fifth interview is with Matthew T. Jones, Ph.D., who is the Chairperson of Communication at the County College of Morris.  His essay is titled: “From Grimm to Gaiman: Points of Convergence, Divergence, and Departure in The Sleeper and the Spindle”.

Like so many others, my initial interest in popular culture was driven by my love of the movies, television programs, comics, novels, and videogames from my childhood. As a youngster, I was fascinated by fantasy films and television programs such as Star Wars, Conan the Barbarian, He-Man, and Thundercats. I made many attempts to emulate these characters and themes in print and on film. In college, I spent a lot of time on writing and making short films and soon found myself interested in the question of what movies mean to us and how we connect to them. Since then, I would say that I have broadened my interest to all forms of narrative media and even the concept of narrative itself.

“From Grimm to Gaiman: Points of Convergence, Divergence, and Departure in The Sleeper and the Spindle” is an extension and application of my theory of adaptation processes to Grimm folklore and its reincarnation through illustrated books and various forms of comic art. In my dissertation, I proposed a model that attempts to account for the potential changes in a narrative that occur when it is migrated from one medium to another. This model is also applicable to different versions of a story that are adapted within the same medium. Neil Gaiman’s The Sleeper and the Spindle presented a really interesting opportunity to apply this theory and explore how two classic folk tales (Snow White and Sleeping Beauty) were merged and transformed to create something entirely new that still resonates with themes and archetypes from these old stories. Perhaps most interesting is how malleable themes and archetypes are in accommodating contemporary social concerns and shifting notions of identity. 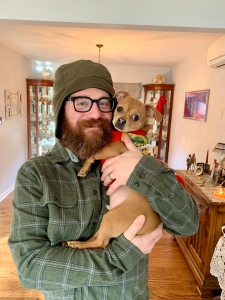 The most important contribution this article makes to the study of popular culture and folklore is in providing a better system through which we can analyze how classic stories fit into contemporary popular culture. The Composite Model of Adaptation referenced in the article provides a basis for exploring how the adaptation functions to render the original story (especially an archetypal story) unfamiliar in ways that cause us to question the basic assumptions of the narrative. In addition, this analysis of Gaiman’s The Sleeper and the Spindle reveals not only how new qualities emerge in adaptations (Aufhebung), but also how familiarity with the themes of the original story creates a sense of uncanniness (Unheimlichkeit), which eternally preserves traces of the source in the stores of both the individual and collective unconscious.

I have attended and presented at NEPCA for the past two years now and consistently find it to be an excellent conference experience. The work presented at NEPCA is of excellent quality, provokes interesting discussion, and provides relevant material for further research into popular culture. As the chairperson of a small department at a community college, this provides me with a rare and valuable opportunity to engage with other scholars and share my work in a small constructive environment.

Interested in presenting or attending or just finding out more about NEPCA’s 2019 conference?  Then check out our Conference page here for the latest updates.

Do you have a CFP to share for your organization? We're happy to share it on our social media platforms and even here on our blog. Fill out this form!>